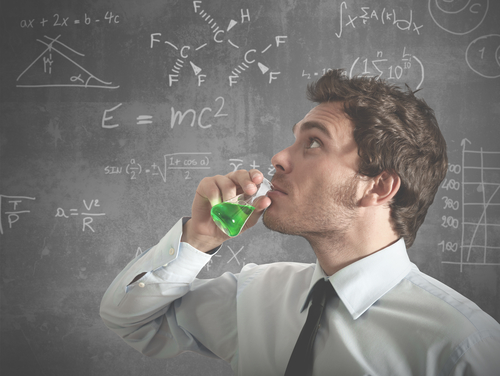 Seems like we are a nation obsessed with magic formula’s to success. I picked up a copy of a Forbes magazine (shown to the right) and was immediately struck by the subtitle “…he has the formula…” Formulas seem to be all the rage – apparently they sell magazines, but they also fill a void of “how will I”….

In my experience,  however, far too many entrepreneurs try to follow these “magic” formulas only to end up NOT achieving the success that formula brought to the person that created said formula.  We have bought into the idea that if a formula works for one person, it can work for everyone.

Every field has formulas – but they repeatedly work only for some people, some of the time.  Consider medicine – pills help some people, and not others.  For the ones they do help, they have varying degrees of success.  The same can be said of most formulas – they brought the creator to a great deal of success, but for those that try to follow that same formula, they rarely come to the same success. Cooking is the ultimate formula – buy specific ingredients, assemble them a specific way, cook them precisely, and you will have a specific and proven result, right?  Then how come some souffles flop when numerous people follow the same recipe?  How come taste varies when several people cook the same dish?

This is because when we follow formulas, we forget one crucial piece in the recipe – you.  You are unique.  Therefore, how can you expect any recipe made by someone else to work the same way for you, that it did for them?  This is the question that drove me as I bought other successful people’s formulas only to find that their formula did not lead me to their success.  Because, you are the magic formula, the recipe must be tailored to fit you.  The longer I am in business, the longer I see that success is based on finding the unique brilliance that is the essence of each person I work with, and bringing them to their own success formula.

So, what can you do if you have bought into formulas, and found they didn’t work for you?  Or, what if you see a new formula, and just can’t help yourself, and you buy it?  Here are some ways to consider making the best of your investments:

I love helping business owners forge their own path to success, and break out of the molds that have kept them stuck and frustrated.  That’s why I created a group to look at the molds, break them, and then figure out how to make every business strategy they use into one that works for them.  Click Here to learn more, and April 11th is the last day to save $50 with coupon SAVE50.